With three APAT WCOAP events, plus a regular evening tournament place taking place, Sunday at DTD saw every table in use, in a packed club.

For Day1b of the Main Event, 212 players joined the 239 who played 1a to create a 451 runner field and a £45,100 prize pool, with the event coming to a conclusion on Monday night. The chip leaders from 1b were:

and they are at the head of the 62 runners returning for Day Two Play today.

113 players participated in the APAT WCOAP Omaha Championship, which was won by Mike Perry from Southampton for £1,666. Perry’s was a dominating performance, a huge chip leader through most of the final. He defeated Derek Rowland Heads Up after a short battle, with Spaniard Alberto Herranz in the bronze medal position. In addition to the title and the bracelet Perry wins an ISPT Day One seat.

The final table result was as follows:

The APAT Razz WCOAP Championship saw 32 runners take part in one of the more specialist events on the WCOAP Schedule. In a very popular result APAT regional team captain Jo Sharp took down the title, ahead of APAT and DTD regular Simon Lawlor

The final table result was as follows 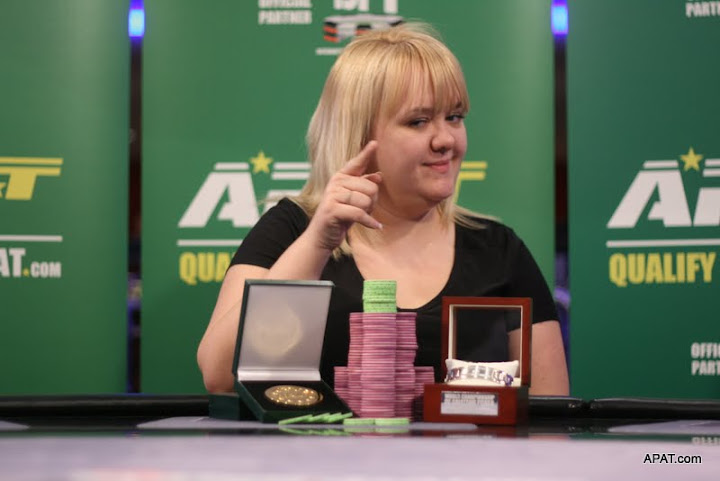 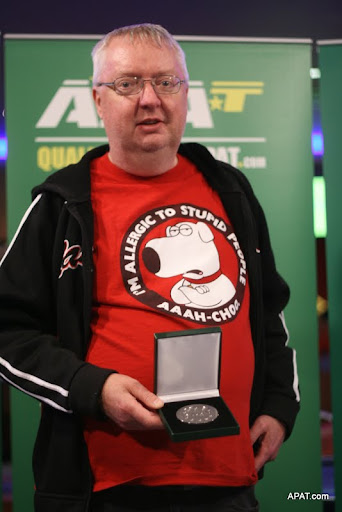 Monday sees the WCOAP Festival conclusion, with a Main Event winner to be crowned and the ever-popular Heads Up Event also taking place.