Easter Monday saw the conclusion of the 5 day APAT WCOAP festival, 5 days which saw over 900 entries into the range of events across poker disciplines from Hold Em to HORSE and Razz.

64 players returned from the 451 starters over two days of the Main Event. The event was won by DTD regular, Lithuanian Erimas Livonas who was chip leader going into the final table and maintained the position for most of the final stages. His nearest challenger, and eventual runner-up was Tod Wood, the only APAT Champion on the final and seeking to become the third ever double Champion but he was to fall narrowly short.

In third place was DTD veteran Raj Dhiri who nursed a short-stack well then achieved the double ups he rquired to move into contention, latterly through Livonas which moved the Lithuanian out of the chip lead. Cruelly for Dhiri though, and in a hand that shaped the destiny of the tournament, his pocket Kings were out-drawn by Dhiri’s Ace-King three handed, all-in pre-flop with an Ace on the flop.

Heads Up Livonas and Wood each began with seventy big blinds, but such was the aggressive styles on show that it was never likely to be a protracted affair and so it proved, with Wood’s top pair top kicker being out-drawn by Livonas’ bigger pair on the turn to seal him victory.

Livonas’ victory secured him first prize of £10,000 and an ISPT Day Two seat that sees him take his place at Wembley in late May, the seat worth €3,000

The full final table result was as follows 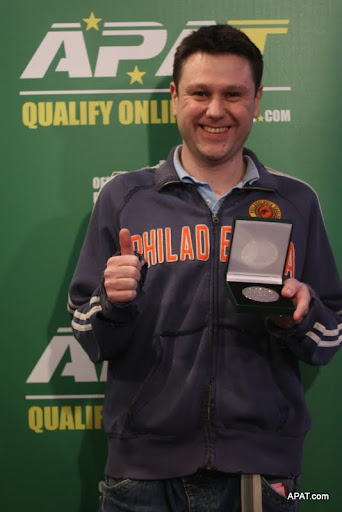 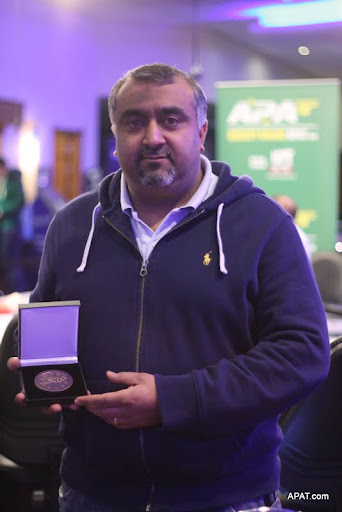 Monday also saw the ever-popular Heads Up Championship, sold out at 64 players. The winner was another DTD regular, Weswell Ellis who beat WCOAP Seven Card Stud runner up Vikrum Mehta to the title. In the bronze medal match Kevin O’Hanlon beat Richard Sheils to the final medal place. 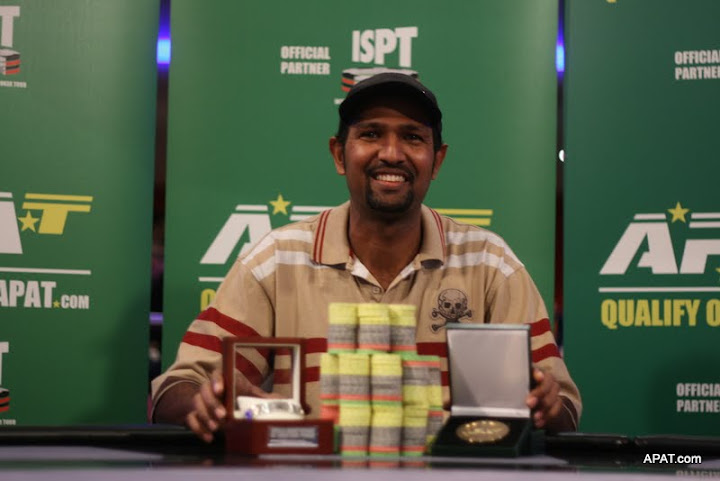 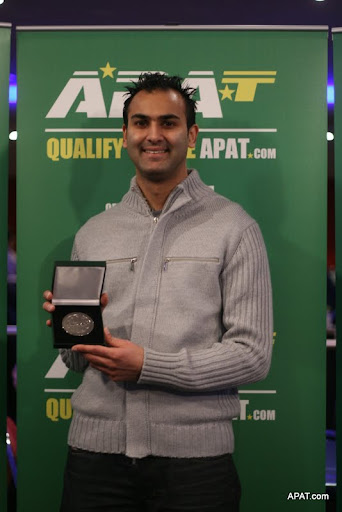